'Telling the [trans] truth is more important than being nice'

I used to think I was good at puzzles, being able to put the right pieces together in the right way at speed, but the issues arising in recent debates around trans rights and what it is to be a woman specifically that involve far more than 1,000 pieces, have tested the puzzler in me in new and disorienting ways, such that I don't know if I can claim to be 'good at' putting things together to make a coherent picture, fast or slow, anymore...
Then a couple of mornings ago on Twitter one of my preferred commentators on the subject, Dr H Brunskell-Evans, a respected and trained social-political philosopher, posted this article from The Spectator that made me think that maybe I, who agreed entirely with its puzzling (analysis), have not lost my puzzling mojo altogether. The article challenged the BBC's reportage of 'a woman' found to have more than 80,000 images of child porn, including rape, on 'her' computer, when 'she' in fact had a man's body and had only 'identified' as a woman for a year. But the BBC saw fit not to mention these  details.
I posted the article with this quote about truth being more important than being nice on Facebook and got only one 'like' other than my husband's. That's not particularly nice. And the truth, I suspect, is that my FB people are afraid of telling or endorsing the trans truth, namely that when we let men call themselves women and force authorities to do the same, all sorts of abuses of girls' and women's safety and freedom are likely to occur.
The article also says that the police are yet to decide whether  thos paedophile should be sent to a female or a male prison. Really? Perhaps if he goes to a women's prison the women there can do his gender 'reassignment' surgery for him on the cheap, saving money on anaesthetic.
Then a couple of days ago, I read the article that includes the above image  raising concern about the increasing 'corporate colonisation of human sex' and the growing commercial industry around body mutilation, especially the double mastectomies performed on the perfectly healthy young breasts of women and girls who have questions about their gender and will be susceptible to persuasion by ads such as this, as all young and confused people are susceptible.
The article claims, with good evidence, that the number of young women identifying as men has 'soared' in recent years in western cultures, with many choosing this drastic route of having elective breast amputations as well as skin grafts to create fake penises at a young age, and that the whole thing is being capitalised upon by the multi-billion dollar beauty and fashion industries and being sold to kids as trendy, while the media and Hollywood promote it as 'progressive.'
Call me old-fashion or much worse, as many have called Brunskell-Evans, but I think we have taken a wrong turn when we are celebrating people, probably men, making money off of young women cutting their boobs off, as well as letting men pass as women to better hide their paedophilic impulses and urges, and for better access to young women and girls in bathrooms and other public places, and we have done this and much more in the name of being 'nice' to gender confused people, we are the confused ones. And we are not nice. 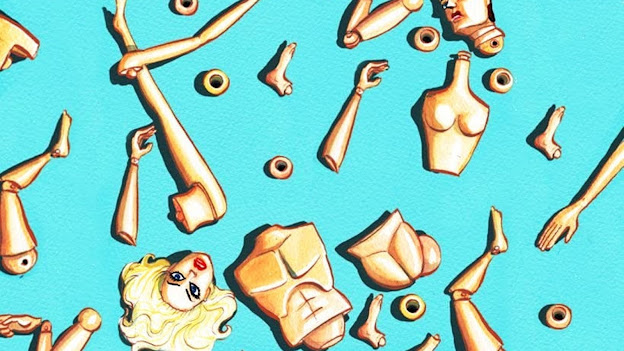