Pink hair does not a woman make 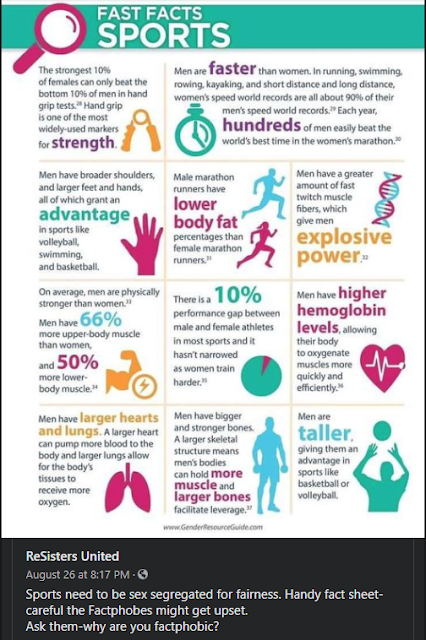 Human females have a constitutional (disease-resistance) advantage over human males, an advantage that the Covid pandemic is appearing to prove , especially in older people but the advantage exists at all stages of life; while men have a structural strength advantage over women, an advantage that transwomen in female sports are consistently and increasingly showing up to everyone's ultimate cost.
These differences are not political, they're poetical, if anything. We should each be playing to such strengths not denying and trying to battle them, as trans activism is increasingly doing. Mother Nature knew what she was doing in creating these strength differences that should ultimately be complimentary not combative.
Sex 'transition' by all means, as far as you can, if you want to live the outward life of a person of the sex other than that of your birth sex (for 99.99% of humans at least), but accept that you will never be able to reproduce like a person of the other sex or to run or even walk or indeed to battle diseases, and many more things besides, like a person of the other sex.
So don't expect to be a person of the other sex. It's never going to happen. And in reality, if it were possible, none of us would want it to be the case, as much of the charm and challenge of human interaction lies in these differences - and in the similarities - when interacting with people of the other/same birth-sex as our own. Vive la difference.
Women and men are not meant to compete with each other in physical strength and endurance tests, only in intellectual and creative ones, the much more meaningful tests of our individual strengths and abilities anyway, tests for which we can appear however we choose to appear in body size, shape, dress and gender identity, without it affecting our chances, in fair intellectual and creative tests at least.
Mother Nature knew what she was doing in creating our different strengths. We should listen to the Mother. 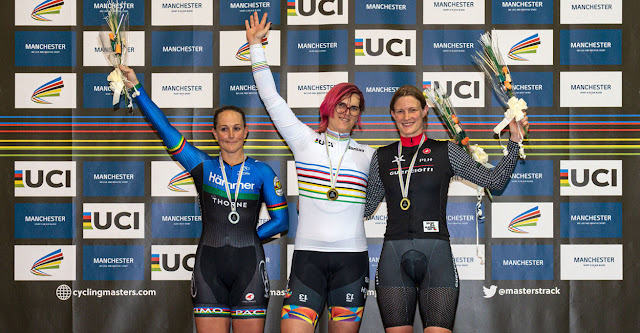 Pink hair does not a woman make, rather a spoil sport. Man up, 'Rachel'.