Lambs to the laughter (and me) 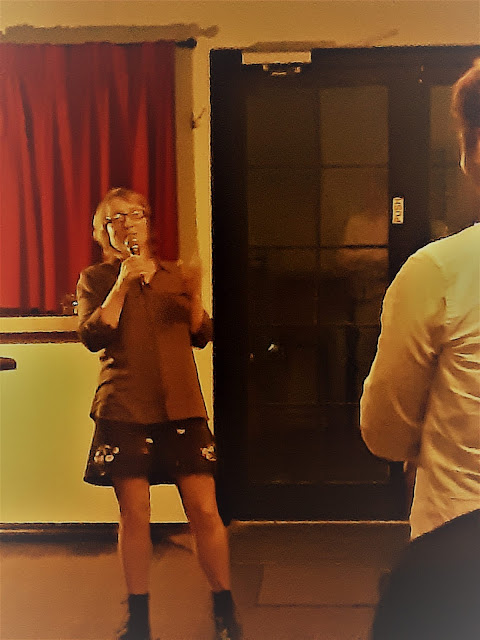 This was me - a sheep in lamb's clothing - last night at around 10pm (my bedtime for a Tuesday) second last in a long line-up of lambs in lamb clothing who had come before me, dressed to fit in - baaa -trying to make the lambs laugh...

To be fair, it was a stinker of a night and the short skirt and bare legs that are a little young I can see now, kept me cool while sitting through the youngsters - mostly rams - doing their baahaha thing.

I think at the point this snap was taken I was asking the guy in white shirt if he masturbates in his car... From the rear side slice of his face you can kind of see he is smiling, which is just as well, as he was one of the few audience members remaining after most had left at half time (it was nothing I said!).

Still, you can sleep when you're dead, or so they say. I have my doubts. I struggle to sleep in just about any situation. No rest for the... and all that. But I made the barman laugh, which I figure is a special victory considering how much rookie comedy he would have seen and the fact that he was probably the only sober person in the room.