Douglas: One giant leap for womankind 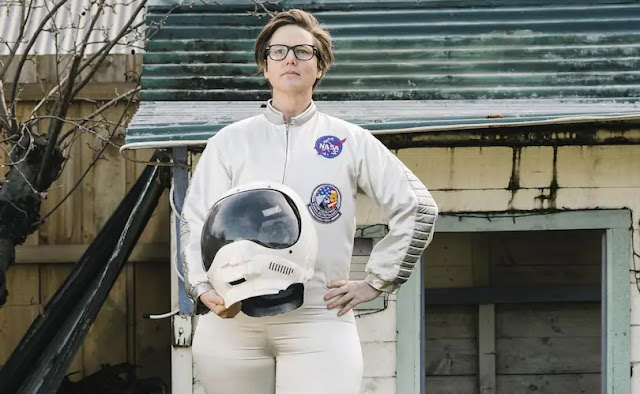 and after a couple of good nights' sleep, I feel strong enough now to talk about Hannah Gadsby's latest stand-up comedy special, Douglas that I watched live with about 2,000 other woman-identifying humans and my husband (and maybe another 12.5 man-identifying humans, if appearances are anything to go by) in Auckland last Saturday night.

As I prepare to stage my own solo stand-up show in the same city in a few weeks time on a slightly smaller scale as evidenced by the much bigger title 'Joke She Wrote: The Egg and Sperm Race II',  I feel I am nonetheless more inspired than intimidated by Hannah's astronomical achievements on the global comedy stage and her unique comedic talents as seen on epic display in this second of her international comedy specials.

Douglas, as reviewed in rave terms - by a man! - in 'London is Funny'  last year, is a show first and foremost about the absurdity of being a woman in a world where men get to name your body parts (including 'the Douglas pouch' located in our nether regions, after which she says her dog is named, and I don't doubt it) and mansplain to you about the importance of positivity: 'Ya know it takes more muscles to frown than smile' in a dog park. I guess men feel they have to tell us to smile because so many of them struggle to make us smile by any other means. It doesn't work. Perhaps they should come to our shows to try and get a better handle on what actually makes us smile - and frown. Just a thought.

But Jack Whitehall was doing his goofy privileged white-boy thing on the same night as Hannah's show in a 12,000-seat stadium just around the corner, so that would no doubt have absorbed most of the comedy-minded men in these parts, and many of the women besides. Because women go to see men of all orientations and arts perform (I've seen a fair bit of Jack), but men, well, they haven't quite made that 'giant leap' that Neil Armstrong claimed walking on the moon was for their kind to be confident enough in their manhood to pay money to see a show with no men (and a bit of feminism) in it. And for my money that's the giant leap they need to take; never mind the moon.

And although Hannah received vicious criticism from men for her breakout tour de force stand-up show, Nanette, men who told her that show was 'not comedy', as if they knew better than she did what made women (and a few good men) smile and laugh out loud, and as if she hadn't been fairly upfront about the show's more serious aspects, which she totally had, the fact that she has taken that hostility and turned it into a seriously funny follow-up show that doesn't shy away from calling out men like that who think they can shame and shut down a woman - a comic - of her calibre, is encouraging for the rest of us and a potential giant leap for womankind, I think, and by 'womankind' I mean of course all of humanity.

Following in those giant footsteps of Hannah's is not going to be easy when my turn comes, but I am happy to be honouring and I hope contributing a very small something to the new tradition of call-out feminist stand-up that she, and a few other brave female comics, has helped launch by giving it a go. 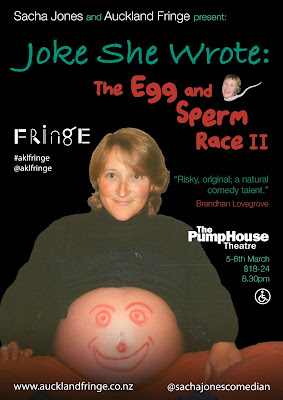