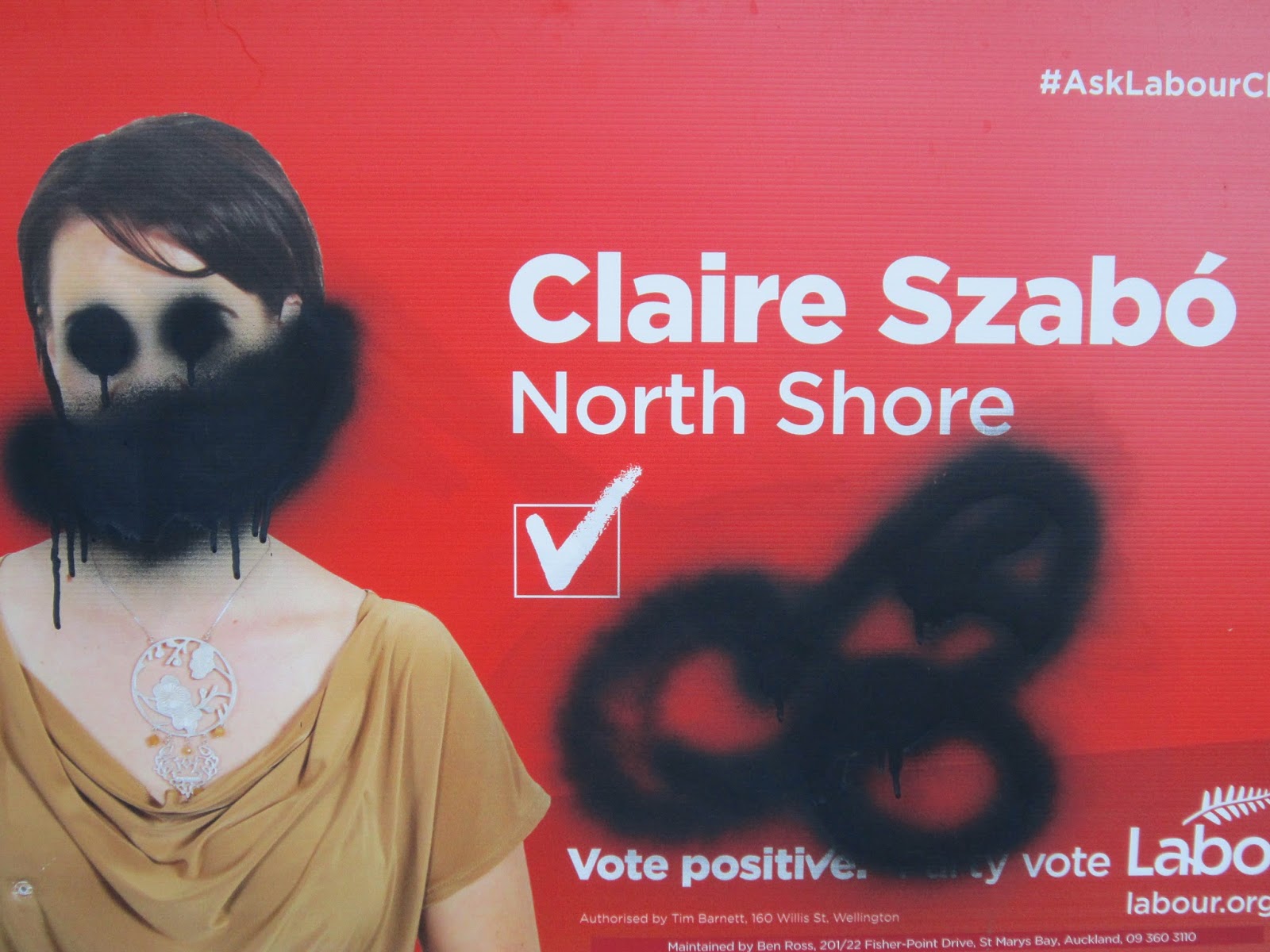 Last Sunday we woke to find our billboard of Labour's North Shore candidate, Claire Szabo, sabotaged in this dastardly manner, the empty spray can dumped on our verge so we had to dispose of it. Some people are total shits.

Szabo was Young Executive of the Year in 2010 who when working with underprivileged people became outraged when the National government gave her a tax cut that she didn't need while raising taxes and cutting services for the underprivileged, whose suffering she saw increase as a result. So she abandoned her 'handsome' salary to join Labour in trying to oust the National government who quite simply want more for those who have more and less for those who have less, in situations where less is definitely not more. National are total shits too, in short. And Claire is a quiet hero working for a good cause that, thanks to ignorance and greed and too many total shits, is a tough one; North Shore being a safe National seat. Give Claire, Labour, and all those fighting to oust the total shits here, there and everywhere your vote. Please.

Email ThisBlogThis!Share to TwitterShare to FacebookShare to Pinterest
Labels: Politics